In Destan Season 1, Obar says he will take revenge on the Turks and starts to move towards the palace. Vera tries to wake her sons and husband. Colpan kills all the guards. Batuga later meets with Akkiz and sets out to take the resin to the palace. Obar sees the Turks going to the palace and stops them. Akkiz says she has soldiers behind the bushes.

Alpagu slowly gets up. Kaya asks Gunseli to stay in the palace and says he loves her very much. Kam thanks Batuga and Akkiz for bringing the antidote. Obar returns to the western khanate with his surviving soldiers. Sayina asks Obar where the crown is. Obar tells everyone that the Turks destroyed Barak’s crown. Sayina starts getting angry with Obar and tells him that he is not a Khan to rule the Itbaraks.

Alpagu makes a promise to Colpan in front of everyone. Batuga then closes Akkiz’s eyes and takes her to the secret tunnel in the palace. Batuga shows Akkiz the new picture he has drawn and thanks her. Akkiz says that she will be with Batuga until the end of her life and will help him. Once again, Kam warns Vera and asks her not to make any more mistakes. Destan Season 1 English Subtitles Kayifamily TV Series 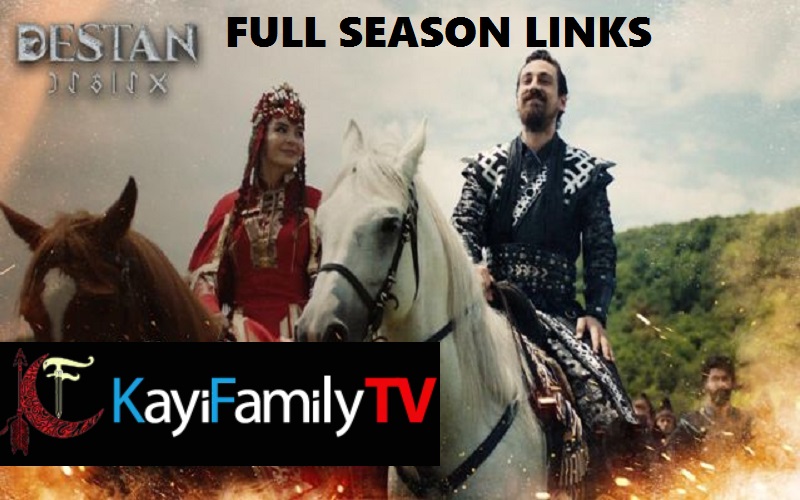 Alpagu first thanks Batuga and then starts asking Colpan questions about Begs. Colpan says the tribes will not support Khan. Kaya says he is going to talk to the tribes and asks his father for permission. Temur says that more Itbaraks will come soon. Alpagu says that he will put naphtha on two roads to the western khanate. Colpan learns that Vera is Ece again and asks Alpagu why he did such a thing.

Kaya tells his mother that his father has made an important decision about the future of the state, but has not told anyone about it yet. Danis says that Khan’s sons will enter the throne room first. Alpagu tells his sons what he has done for his country so far and says that he will declare war on China soon. Alpagu says his sons should be together. Khan then calls Akkiz and Saltuk to his room.

As the Tegins are about to leave the room, Danis stops them. Danis says that everyone attending the meeting will stay in this room until they make peace with each other. Temur asks Kaya why he killed Tutkun, but he denies everything. Mei goes to see the assassin and tells him to tell Khan everything about Ece. Thanks to Batuga’s words, the participants in the meeting make peace with each other.